The 1950s Madison Avenue-type advertising for pasta, “Throw it against the wall and see what sticks,” refers to the idea of testing the pasta’s doneness when it sticks to the wall. Today, however, we use it as a phrase for when ideas are mass gathered to see which work best. By means of the Affordable Care Act, the Center for Medicare and Medicaid Innovation was created to help CMS support development and testing of innovative health care payment and delivery models. Over the past eight years, we’ve seen many new models become introduced, or thrown against the wall; some were phased out, while others are being transformed and reworked. When the Trump Administration came into place, the industry felt a scare due to the constant discussion around removal of the Affordable Care Act, however, as we’ve come to learn, there is truly a bipartisan perspective when it comes to the movement towards value-driven strategies and models.

On Monday, April 22nd,2019, CMS announced two more initiatives with five options all under the name CMS Primary Cares. The first model is called Primary Care First and the second is called Direct Contracting. With the addition of these value-based payment models, CMS is expecting there to be more Medicare providers that fall under Advanced Payment Models within MACRA. By being a qualified provider under an Advanced Payment Model, an additional five percent bump is added to the normal Fee-For-Service reimbursement. These two initiatives take value-based payment to the next level on the continuum of risk.

The new models announced were created by using the Medicare Shared Savings Program (MSSP) and Next Generation ACO (NGACO) models as the backbone but learns from their lessons and increases the level of risk-sharing arrangements. Primary Care First1, which is essentially an amped up CPC+ model, “prioritizes the doctor-patient relationship; enhancing care for patients with complex chronic needs and high need, seriously ill patients, reducing administrative burden, and focusing financial rewards on improved health outcomes” according to CMS. The Primary care first model has two options: one is for primary care physicians who are focused on advanced care practices to assume financial risk for chronically ill patients, while the second model encourages primary care physicians who provide hospice or palliative care services. Under direct contracting2, there are three payment model options and the choices are related to beneficiary alignment (patient attribution), increased patient benefits, and cash flow alternatives.

In terms of something “sticking to the wall”, on May 7th, 2019, The National Association of Accountable Care Organizations (NAACOS), on behalf of NGACOs, wrote a letter to the Secretary of Health and Human Services and the Administrator for the Centers for Medicare and Medicaid Services Alex Azar II and Seema Verma, respectively, requesting that the NGACO model be made permanent3. This is because the NGACO model was created as a five-year program, and after the five years, participants will be forced to enter another model, most likely direct contracting, or not be in an Advanced APM at all. Asking these ACOs to make the model permanent isn’t unreasonable considering the program has saved Medicare about $384 million in just two years, while also increasing overall quality performance. Additionally, the CMS has already made the Pioneer ACO model a permanent model due to its success in generating savings and increasing quality.

The success of these models has been somewhat of a controversial4 matter because the Office of Inspector General declared that ACOs were not as successful as boasted. However, NAACOS conducted an independent study stating the exact opposite. This begs the question, who is right? From my own experience, I’ve worked with ACOs that are wildly successful, some with no success, and some with small savings, but not enough to receive the incentive bonus (shared savings). Setting aside dollars, we have seen tremendous movement towards increasing preventative care with a strong focus on chronic conditions as well as an increased movement of awareness that change is brewing in the public sector. I think the mere fact that peripheral changes are taking place to make the models more appealing to provider organizations means that we are on the right track to success such as stark law waivers and the Patients Over Paperwork initiative. So as the start of the new ACO Model, Pathways to Success, begins in a month (July 2019), we look forward to seeing how provider organizations embrace financially risk-bearing models. As of today, it is unclear which models will stick to the wall, but what is certain is that this movement is at a steady boil. 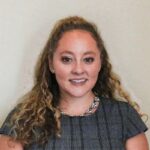 Amy Kotch is Salient’s Lead Business Consultant working with ACOs nationwide. She received a masters in health administration from Florida Atlantic University as well as a bachelors of science from the University of Miami and has just recently completed a master certification in population health through a federal grant from the Office of the National Coordinator for Health Information Technology in conjunction with the Johns Hopkins University and Normandale Community College. Her prior work includes being the operations coordinator at Triple Aim Development Group consulting with ACOs/MSOs.