Ever heard the saying, “You are what you eat?” Nutrition plays a big role in population health. Poor nutrition can lead to chronic health issues, such as obesity, diabetes, and heart disease. When large numbers of patients have these chronic health issues, the costs of their combined healthcare can skyrocket. When there are large numbers of beneficiaries attributed to an Accountable Care Organization with uncontrolled health issues caused by poor diet, the result is often beneficiaries with very poor health, high risk scores, poor quality measures, and a significantly reduced opportunity for achieving shared savings.

Diet is so important that it is also listed as one of the cornerstones of Social Determinants of Health (see graphic below). SDOH is about understanding the relationships between the environment that a population lives in, the social and economic conditions of those environments, and how that impacts the overall health of that population. In the recent past, we have treated health issues based on the symptoms they display. However, as we’re increasingly learning, the health of a population is often determined by the interconnected circumstances that govern their lives. A few examples of SDOH by the New England Journal of Medicine include: Income Level, Educational Opportunities, Occupation and Workplace Safety, Gender Inequity, Racial Segregation, Food Insecurity, Early Childhood Experiences, Social Support and Community Inclusivity, Crime Rates and Exposure to Violent Behavior, and Availability of Transportation.

It’s part of a nature vs. nurture conversation focused specifically on healthcare. If a set of twins were separated, and one was brought up in a nice gated community in Boca Raton while the other grew up in more rural Belle Glade, would they have similar health outcomes? Boca Raton is a wealthy city in Palm Beach County where the U.S. Census Bureau states that the median household income was above $76,000 in 2017. With Florida Atlantic University and Boca Raton Regional Hospital right in the center, the city of Boca Raton is a great place to nurture community growth. Belle Glade is also in Palm Beach County. In the same timeframe, the U.S. Census Bureau states that the median household income was $25,873. 40% of the city is considered poor. Only 62% of Belle Glade has a high school degree compared to 96% of Boca Raton. Finally, while 95% of Boca Raton has a computer, only half of Belle Glade does. The picture is clear that if that set of twins was separated, the person who grew up in Boca Raton would have advantages that the person in Belle Glade likely would not.  If someone ran an ACO with beneficiaries attributed to medical practices in Belle Glade, they would have to take a closer look at Social Determinants of Health if they wanted to improve under the rules of the MSSP program.

Social Determinants of Health is playing a much larger role for Accountable Care Organizations than previously anticipated. As ACOs continue to strive to lower the cost of healthcare in the United States, they often emphasize that providers must increase their Annual Wellness Visits due to the beneficial cascade effect it brings to the five major Key Performance Indicators (Finance, Risk, Quality, Attribution and Utilization). Sometimes just getting someone into the office for their Annual Wellness Visit can be a challenging undertaking. But what if they don’t have a way to get to the doctor’s office at all? What if they’re eating fast food every day because it’s the only thing they can afford, or they’re only eating once per day? How about once every three days? It’s possible that even if they could have a friend drive them to the doctor, they may not be able to afford the office visit. What do these people do? Many head to the Emergency Room every time they don’t feel well. Through Salient Healthcare Dashboards and Salient Interactive Miner, it isn’t uncommon to see these types of patients utilize the ER over 100 times in a year. Let that sink in, and then think about the cost. Now imagine the cost if these patients also have chronic conditions, like diabetes, because often, they do. 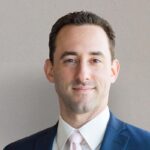